My shop is the place for true "opalholics": I specialize in making OPAL JEWELRY using my experience and knowledge to bring you the HIGHEST QUALITY GRADE NATURAL OPALS available on the market! 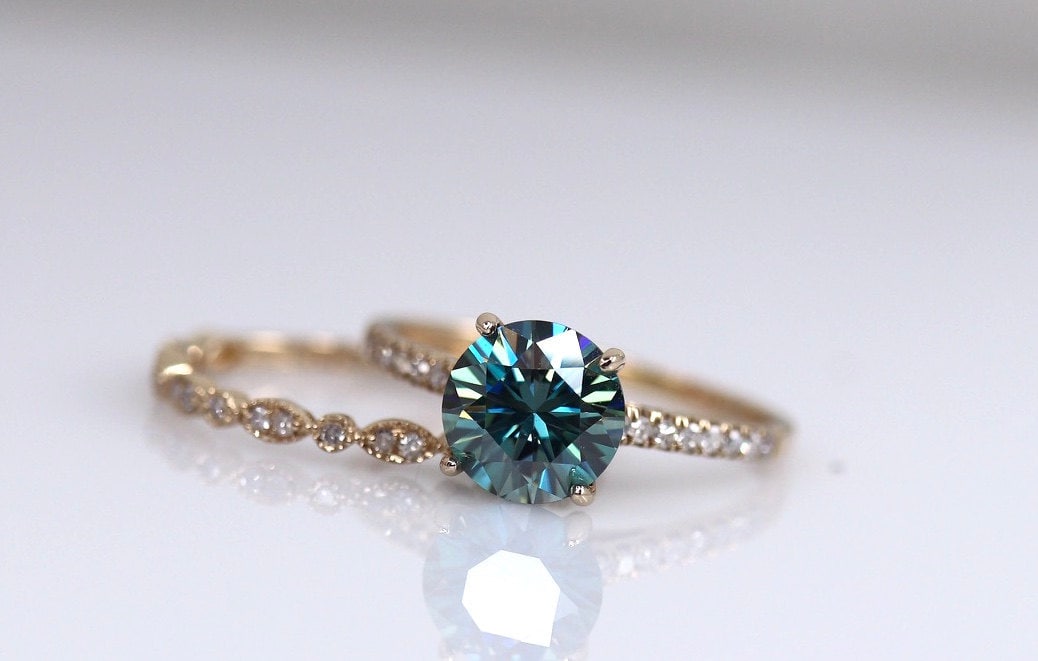 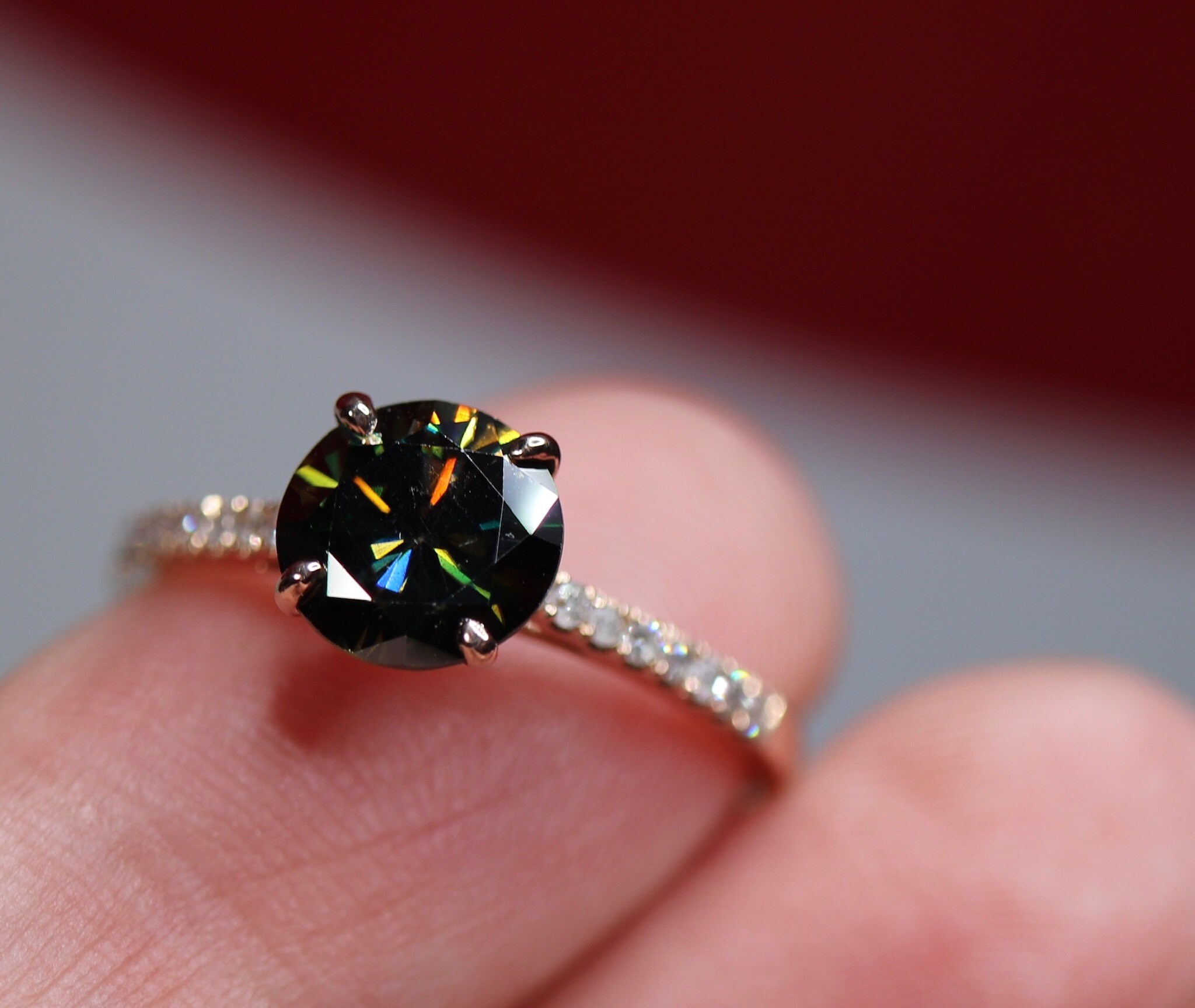 ✔️ Moissanite by far surpassed diamond in its beauty and superior clarity while maintaining the properties very close to those of it’s natural cousin-  diamond. It is referred to as “the Earth’s most brilliant gem” at a fraction of a cost you will pay for a diamond that has the same properties.

✔️Sustainable local Manufacturing process is has only a few guidelines and is completely safe for the environment unlike the notorious diamond mining industry which destroys the entire ecosystems in the name of greed. Animals losing their natural habitats and having to survive on their land left ravaged, polluted, with no top soil for the earth to heal its wounds..... 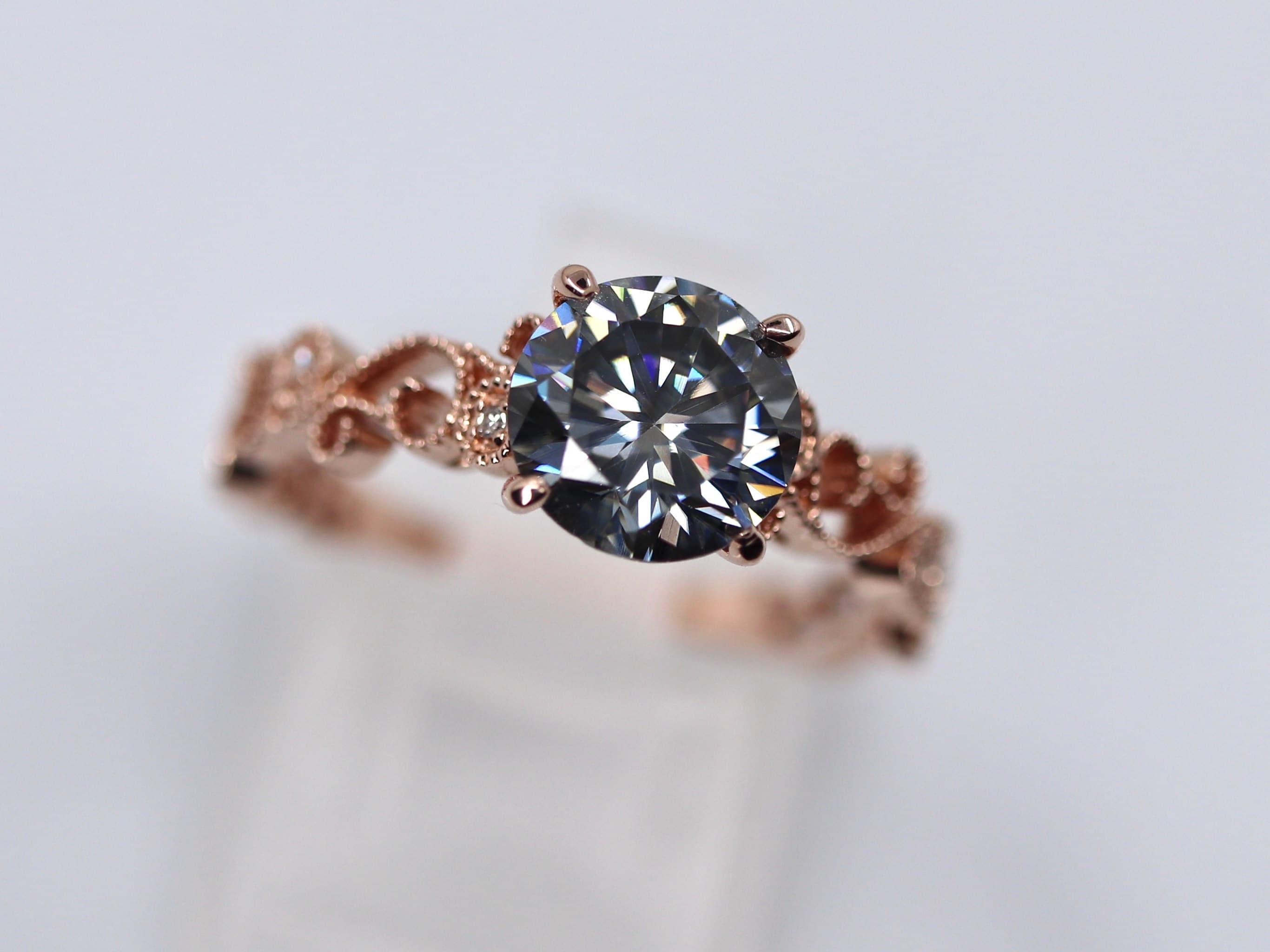 It would take hundreds of years for nature to reclaim those areas and transform the landscape but for a long time it will be barren, deserted, sad - the actual tangible price paid for the diamond, which will adorn your hand and sparkle with beautiful, rainbow fire, which so innocently makes you so happy and excites you when you look at it. If you knew what at what cost this diamond found its way to you, and saw the stark contrast between the pretty gem in your ring and the ugliness of the diamond mining industry operations chances are you would never feel the same about your beautiful ring....

This generation finally has a choice: you don’t have to pollute the planet and give your money to sustain that industry, which for centuries had enjoyed a monopoly on making gemstones for engagement and wedding jewelry. Stop the ugly cycle of destruction.

You can have a moissanite engagement ring instead - the most obvious choice of a gemstone that is indistinguishable from a diamond but is clean and environmentally safe. 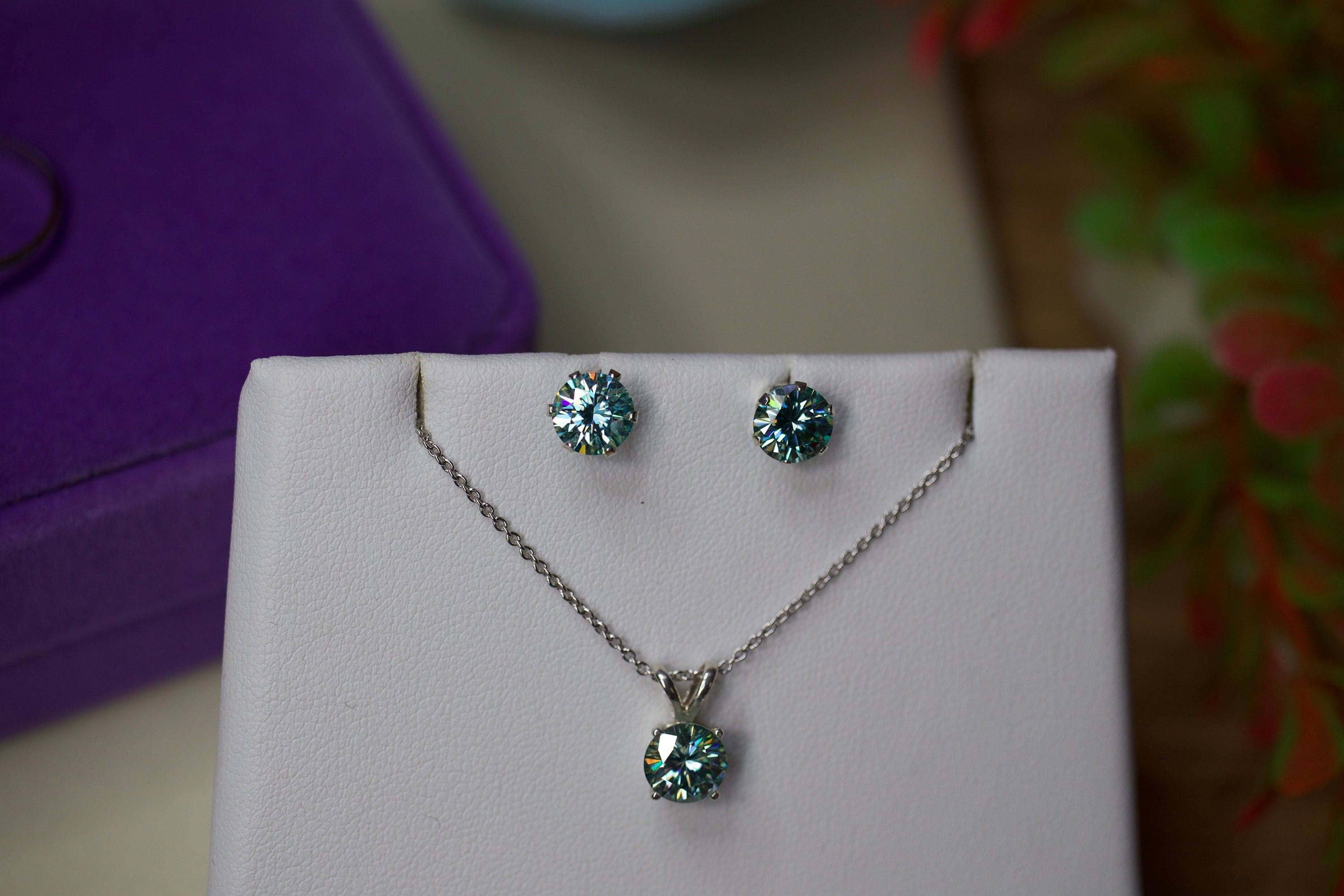 Moissanite is called “the Earth’s most brilliant gem” and is available at a fraction of a cost you will pay for a diamond that has the same qualities such as color, clarity and carat weight.

✔️Moissanite is free of any conflict during its production and is made in ethically responsible way when workers are compensated for their time. This is not true when it comes to diamond mining that is notorious for its unethical practices and is known to exploit child labor which is often a forced type of labor in horrific conditions killing hundreds of local people who not only don’t benefit from the diamonds stolen from their land but have to suffer because of the diamonds found on their land. Later raw diamonds have to be transported, often illegally smuggled changing many hands before reaching the end consumer which means more fuel burnt to complete this journey. 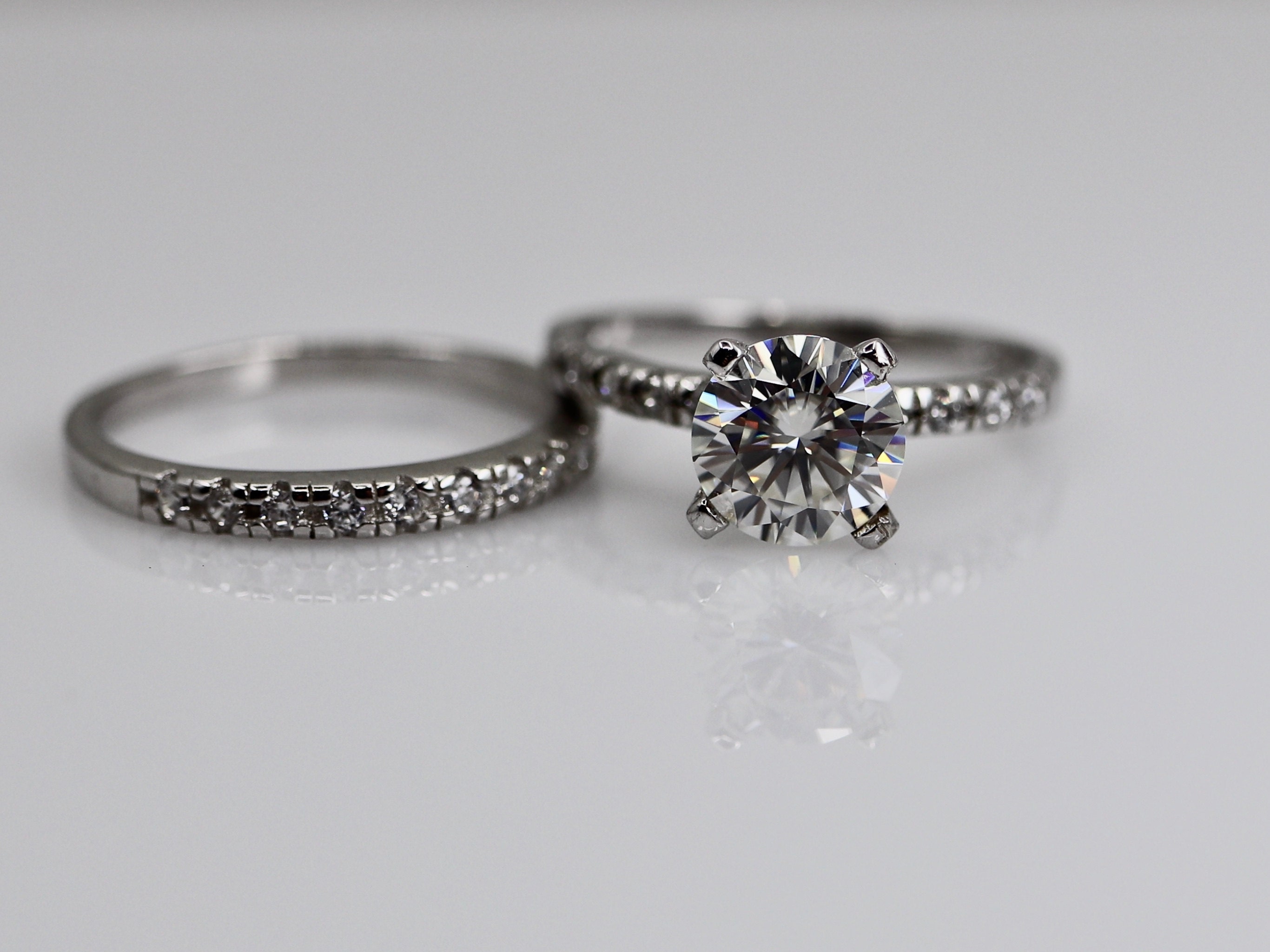 Think: what is glamorous and beautiful about ALL THAT?... Do you really want to wear a product of blood, tears and endless human misery, cruelty and greed to symbolize your genuine love and devotion to your true soulmate?.... Or bring this negative energy that is surrounding this gemstone (if you believe that objects can absorb energy from emotions) to your wedding day and then carry it throughout your life?....

The obvious answer is NO.

Nobody wants to have an object around them which is an embodiment of suffering, social injustice that incorporates everything that is wrong with the world.... You would normally throw out such an item and won’t keep it in your house ..... And yet you are ready to put it on your finger to symbolize the purity of your heart and your most wonderful feelings which are in the center of your relationship and will be the cornerstone of your future family. 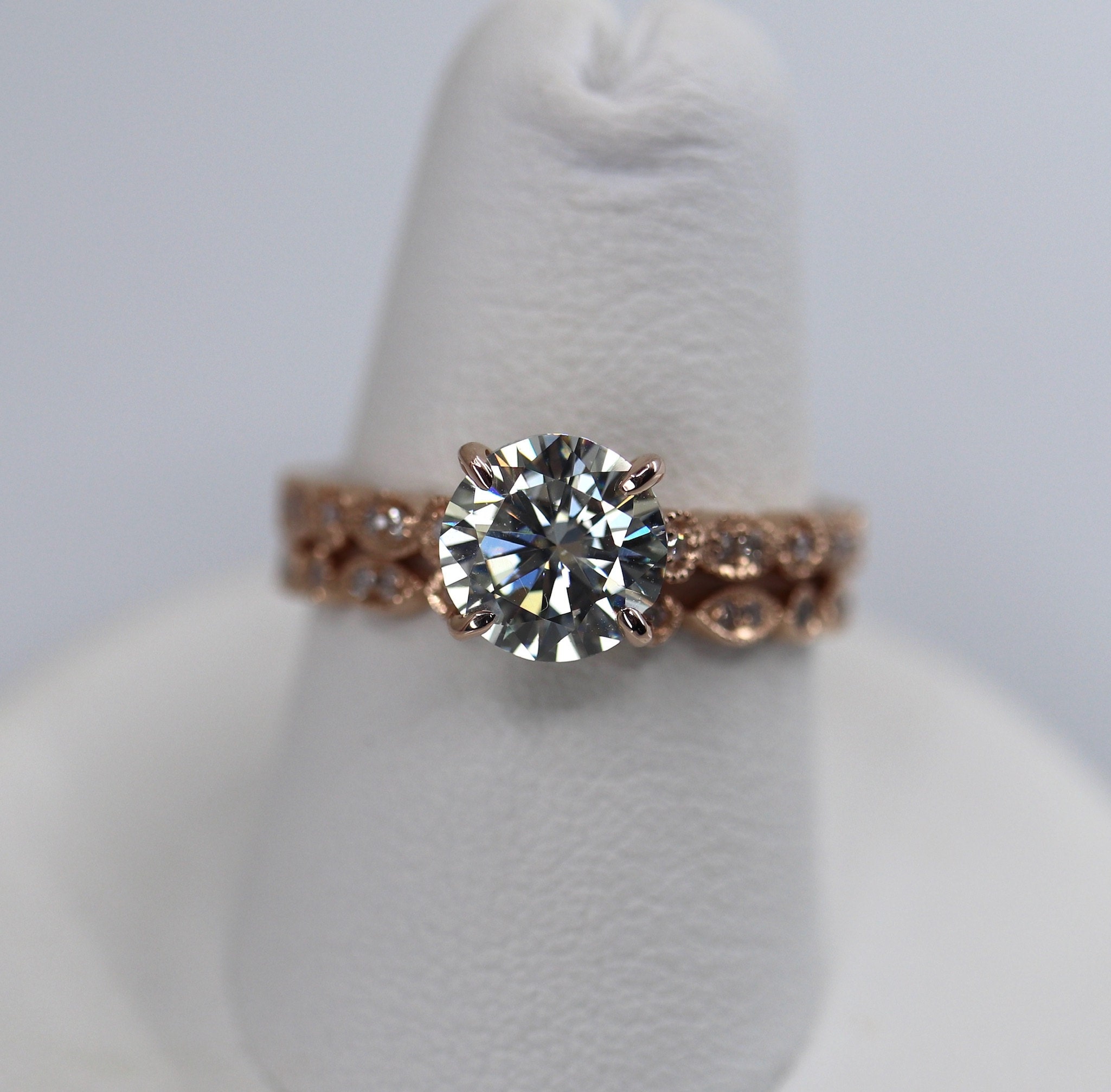 So, is it convincing enough for you to decide that a diamond has no place in your life - buying a diamond will perpetuate the cycle of suffering and further fuel the greed of those who have been making fortunes off of diamond mining for centuries using minimal resources and selling them later for huge profits.

Now you can cut them off because you have a beautiful alternative gem - moissanite.It is not a “fake diamond “ as someone might say condescendingly. It is a radical shift in the system of values that is changing around the world: we see it differently and decide what is more valuable for us: cleaner planet, less cruelty that comes along with moissanite or destruction and suffering you get with your choice of a crazy expensive natural diamond which only feeds your ego. 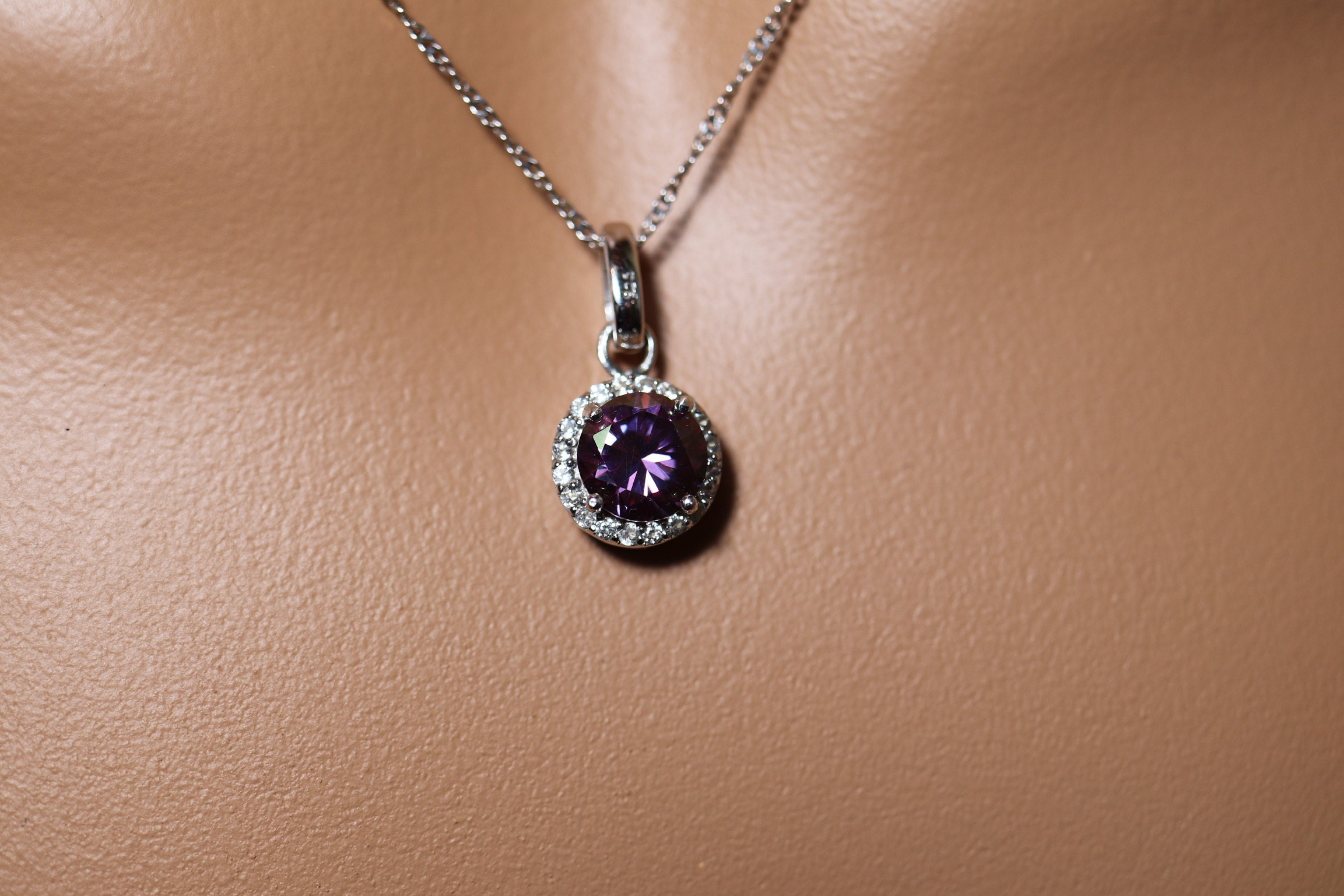 MAKE THE RIGHT CHOICE WHEN YOU ARE BUYING ENGAGEMENT AND BRIDAL JEWELRY AND GO WITH MOISSANITE !